ON RESEARCH, WRITING AND PUBLISHING IN GEOGRAPHY

– On the Purpose of a Literature Review in Postgraduate Research 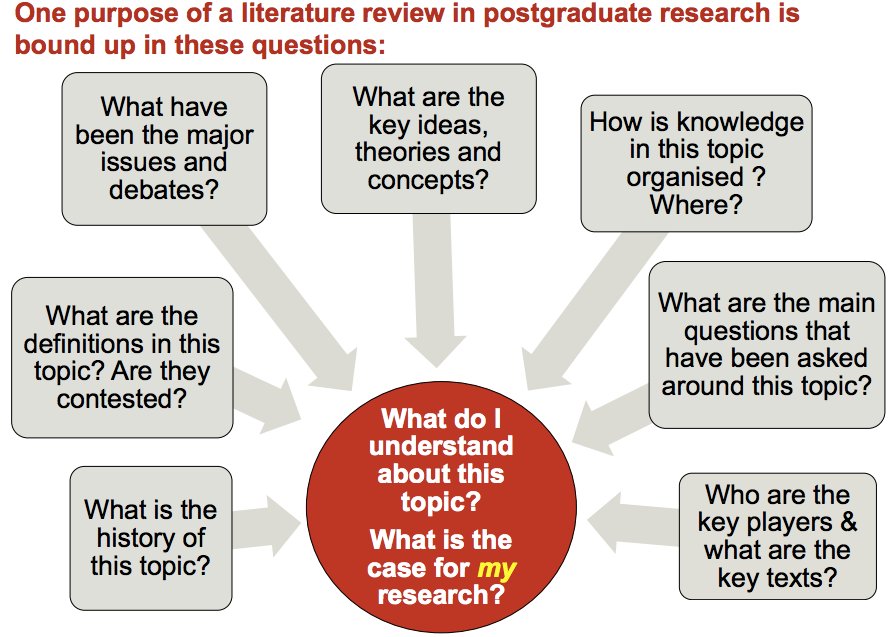 • A Publishing Resource for Geographers

• Aijaz A. Shaikh. 2016. “7 steps to publishing in a scientific journal. Before you hit “submit,” here’s a checklist (and pitfalls to avoid).” Elsevier.com.

• Watts, Michael. 2001. “The Holy Grail. In Pursuit of the Dissertation Proposal.” UC Berkeley.

• Giving a Job Talk in the Sciences – Advice

• How to Give an Academic Talk: Changing the Culture of Public Speaking in the Humanities

• Ashford, Nigel. 2016. “How to Prepare for a Paper Presentation at an Academic Conference.” Institute for Humane Studies (September 1).

Career Advice for the World of Ideas

“Scaling the Ivory Tower: The Pursuit of an Academic Career.” Institute for Humane Studies, 2005.

“Creating Your Path To A Policy Career.” Institute for Humane Studies.

Q2Cfestival.com – Ideas for the Future

TED: Riveting talks by remarkable people, free to the world

“Modern Teaching” as viewed by Doonesbury

The illustrated guide to a Ph. D.

The Simpsons – Comments about PhDs and Grad Students

Benton, Thomas H. 2010. “The Big Lie About the ‘Life of the Mind’.” The Chronicle of Higher Education, February 8.

The IHS. 2021. Jason Brennan on How to be a Graduate Student.

Hendrickx, Marc. 2008. “Being published does not turn fiction into fact.” The Sydney Morning Herald, November 14.

On the differences between North American and European academic institutions

Oswald, Andrew. 2013. “Things I Would Have Found it Useful to Have Been Told when I was a Young Researcher.” (April 30).

Sternberg, Robert J. 2015. “Career Advice From an Oldish Not-Quite Geezer: You can’t count on your publications and awards to take care of you.” The Chronicle of Higher Education (May 26).

“Short Changed” on Clamour of the Times (Philip Stott)

Should academics put their money where their theory is?

Wilson, Robin. 2010. “The Ivory Sweatshop: Academe Is No Longer a Convivial Refuge.” The Chronicle of Higher Education, June 25.

W. W. Bartley III on the marketplace of ideas and the real marketplace

A Personal Introduction to Opportunities and Resources for: Research and Activism in Energy and Environmental Science & Policy
by Daniel M. Kammen (While this comment deals mostly with potential careers in energy policy analysis, I believe it is a good backgrounder for anyone interested in interdisciplinary research.)

Academic Associations to which I belong

Society for the Development of Austrian Economics

The Entrepreneurial Research Portal of the Kauffman Foundation

“Are Too Many Students Going to College?” The Chronicle of Higher Education, November 8, 2009.

Mike Rowe on following your passion (or not, or sort of).

Not sure what to do with your life? Here are some valuable advices from Apple Computers co-founder, Steve Jobs. (Some critical comments on Jobs’ advice by Robin Hanson, Megan McArdle, Arnold Kling and Will Wilkinson.)